The Wildfire of Hate Speech

The Secretary General's remarks calling to condemn and counter the wildfire of hate speech around the world. 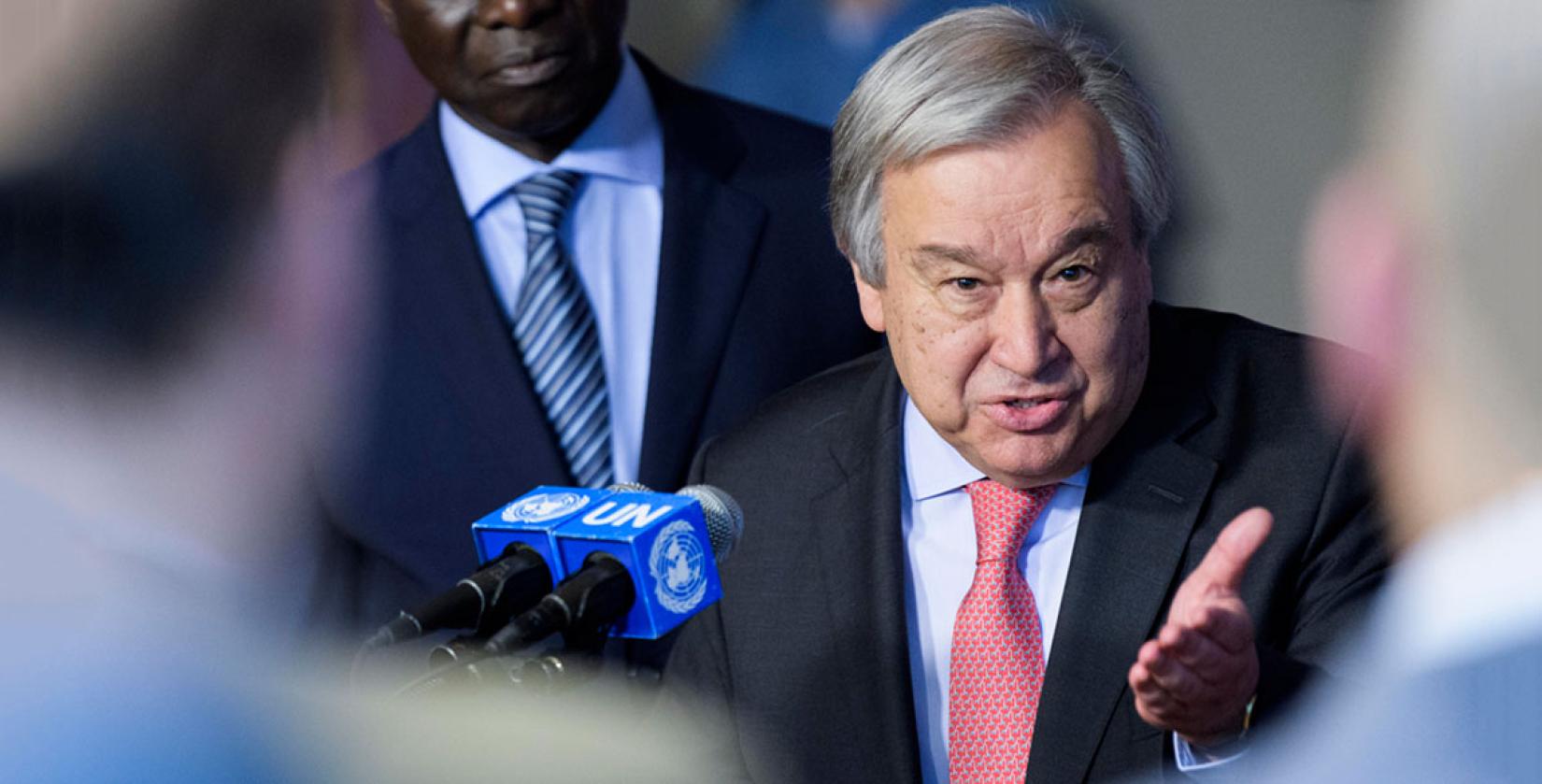 Around the world, hate is on the march.

A menacing wave of intolerance and hate-based violence is targeting worshipers of many faiths across the globe.  Sadly – and disturbingly – such vicious incidents are becoming all too familiar.

In recent months, we have seen Jews murdered in synagogues, their gravestones defaced with swastikas; Muslims gunned down in mosques, their religious sites vandalized; Christians killed at prayer, their churches torched.

Beyond these horrific attacks, increasingly loathsome rhetoric is being aimed not only at religious groups but also minorities, migrants, refugees, women and any so-called “other”.

As the wildfire of hate spreads, social media is being exploited for bigotry. Neo-Nazi and white supremacist movements are growing.  And incendiary rhetoric is being weaponized for political gain.

Hate is moving into the mainstream in liberal democracies and authoritarian regimes alike – and casting a shadow over our common humanity.

The United Nations has a long history of mobilizing the world against hatred of all kinds through wide-ranging action to defend human rights and advance the rule of law.

Indeed, the very identity and establishment of the Organization are rooted in the nightmare that ensues when virulent hatred is left unopposed for too long.

We recognize hate speech as an attack on tolerance, inclusion, diversity and the very essence of our human rights norms and principles.

More broadly, it undermines social cohesion, erodes shared values, and can lay the foundation for violence, setting back the cause of peace, stability, sustainable development and human dignity.

In recent decades, hate speech has been a precursor to atrocity crimes, including genocide, from Rwanda to Bosnia to Cambodia.

I fear that the world is reaching another acute moment in battling the demon of hate.

That is why I have launched two United Nations initiatives in response.

First, I have just unveiled a Strategy and Plan of Action on Hate Speech to coordinate efforts across the whole United Nations system, addressing the root causes and making our response more effective.

Second, we are developing an Action Plan for the UN to be fully engaged in efforts to support safeguard religious sites and ensure the safety of houses of worship.

To those who insist on using fear to divide communities, we must say: diversity is a richness, never a threat.

A deep and sustained spirit of mutual respect and receptivity can transcend posts and tweets fired off in a split second.  We must never forget, after all, that each of us is an “other” to someone, somewhere. There can be no illusion of safety when hate is widespread.

As part of one humanity, it is our duty to look after each other.

Of course, all action aimed at addressing and confronting hate speech must be consistent with fundamental human rights.

Addressing hate speech does not mean limiting or prohibiting freedom of speech. It means keeping hate speech from escalating into something more dangerous, particularly incitement to discrimination, hostility and violence, which is prohibited under international law.

We need to treat hate speech as we treat every malicious act: by condemning it, refusing to amplify it, countering it with the truth, and encouraging the perpetrators to change their behavior.

Now is the time to step up to stamp out anti-Semitism, anti-Muslim hatred, persecution of Christians and all other forms of racism, xenophobia and related intolerance.

Governments, civil society, the private sector and the media all have important roles to play. Political and religious leaders have a special responsibility to promote peaceful coexistence.

Hatred is a danger to everyone – and so fighting it must be a job for everyone.

Together, we can put out the wildfire of hate and uphold the values that bind us together as a single human family.