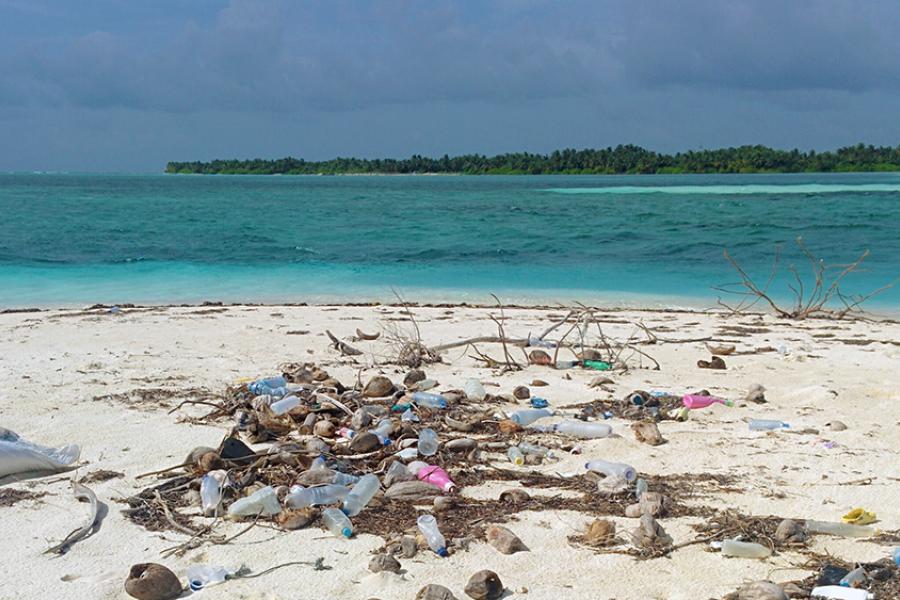 This was how we found Laamu, a majority of the exquisite beaches marred by non-biodegradable debris that wash up with the tides.

Laamu Atoll was already familiar to me when I flew down on a warm April morning with my team to Kadhdhoo. I had worked for a few months back in 2007 in Isdhoo on a British Red Cross assignment, and had already fallen in love with the surreal beauty of the atoll.

We were down here as the Programme Coordination Unit (PCU) of the Low Emissions Climate Resilient Development (LECReD) Programme, a three year programme designed to get people to adopt low emission lifestyles, as well as increasing their capacity for local development planning and their resiliency.

It seemed to be a daunting task, and as the Monitoring and Evaluation and Results Reporting Associate for the programme, I could see we had a long way to go.

Compared to the last time I was here, the scope of LECReD was immense. It was not easy, as the PCU was the conduit between the seven agencies working on the programme, as well as with the councils of the 12 inhabited islands in the Atoll. Yes, back then, the people of Gaadhoo were still living on their island.

The field work was fun. One of the reasons why I choose to work in remote locations is to enjoy the true beauty of the Maldives, something that most people living in the capital city never get to enjoy… the gleaming white beaches and the subtle, sultry breeze that rustled the rubbery green leaves of the Sea Lettuce that is ubiquitous on Maldivian shorelines. And of all places, Laamu is my favorite in all of the Maldives. 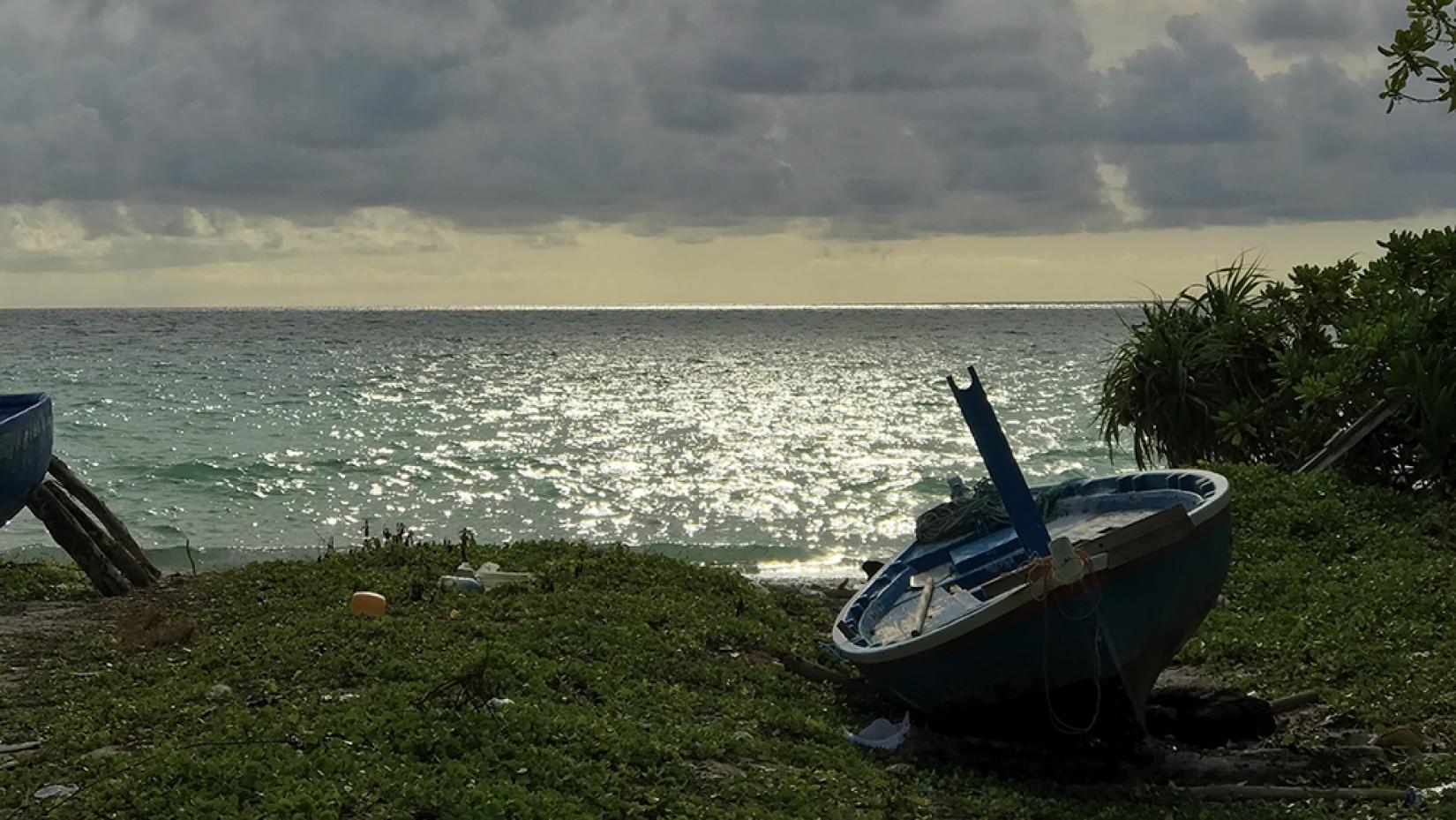 The waste problem continues to abate as the programme becomes more and more effective in directing people to be more responsible for their environment, as well as with the assistance of the councils who have now allotted areas for trash disposal, which will eventually be redirected to the waste management centers built under LECReD Stage 2

Except for the trash. As far as the eyes can see, trash on the beaches, not just washing up, but also dumped right there in the sand. It was heartbreaking. We had a lot to do, and we had to start from the roots… people’s minds.

It was not easy for me, personally. I, too, had a habit of throwing stuff on the roads, a habit from living in the unmanaged city of Malé. My team mates were constantly on my case.

About one year in, we held the very first Laamu Climate Change Forum in Fonadhoo. It had been the culmination of months of legwork by my hardworking colleagues in Laamu and Malé, where we built working groups on each island and a coordinating body at the atoll level, to reach out to the institutions and the communities on these islands, simply in order to get people involved in the programme.

Like I said, LECReD is a lot of things. Reducing emissions, resilience through food, water and energy security, platforms, disaster risk reduction, trainings, health, grants and even infrastructure. But it all begins in the minds of the people. We simply cannot get people to adopt low carbon lifestyles if they do not accept that Climate Change is real.

That the environment needs them to listen to its lament. My beautiful Laamu was unhappy.

By the time Laamu Climate Change Forum came around, it did not seem that most people had begun to understand the programme, which is understandable because of its complexity and the abstract nature of the message we were trying to convey.

Some people believed that we were here to assist only the islands that had better access to the airport, and the connected islands, while others thought that we were politically biased.

It had been a warm couple of days in April right after my birthday, and the Forum was winding down on the 21st following a full day of Multi Sector Dialogues moderated by specialists in each area of the programme.

It was then that one of the most vocal councilors, who was always very frank and open with his criticism, stood up and said, “It is clear to me now that the programme is of immense benefit. We have been unaware of how much harm we are causing to the environment. For example, it is better that we turn off our air-conditioning and open our windows, plant more trees and use its shade, rather than using more and more resources.”

It was very encouraging, to say the least. I still clearly remember feeling a sense of pride in the programme. The paradigm shift that we aimed for had begun. 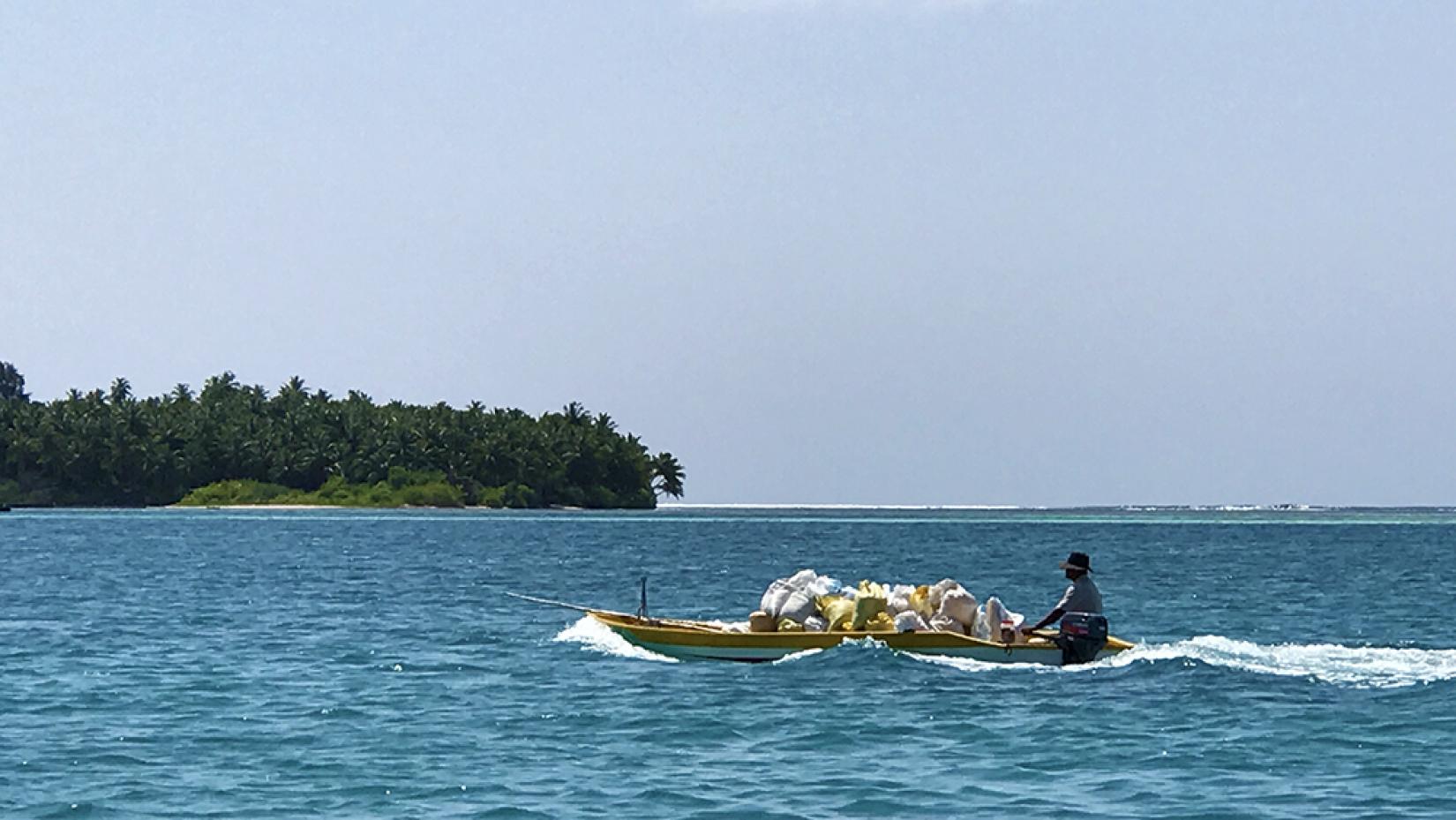 Sand mining for construction purposes from beaches is a major factor in accelerating erosion. Although banned by the government, the practice continues even on inhabited islands.

It has been two years since the first Forum, and we have had two more in those years. The challenges have been great, but not insurmountable. The talented colleagues in all UN organizations and in government institutions have always managed to find solutions to setbacks by working together.

In the most recent monitoring trip in which we visited all the islands in Laamu, we found out that everyone, from the youngest school kids to the most senior elders, knows about the programme. The streets are immaculate, and there was almost no trash on the beaches.

The paradigm shift has happened.

The LECReD Programme is a pilot, the first of its kind in the world. The indicators of the programme are almost complete, which is an unusual amount of success. But in my mind, I know that we have reached our goal.

Personally… well, my pockets are full of wrappers and tissues every time I come back home. 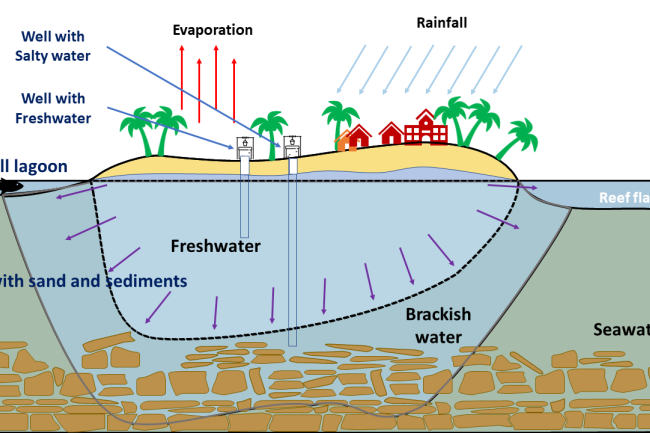 Thousand sensors to watch over our world 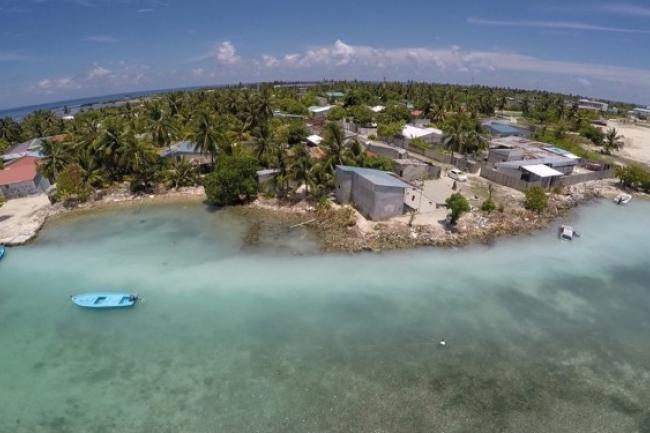