“We are very pleased to have been able to support Maldives in establishing in-country Monkeypox diagnostic technology and capacity within seven days of WHO declaring Public Health Emergency of International Concern (PHEIC).” said Dr Nazneen Anwar, WHO Representative to Maldives, “For this; I thank my Country Office team for their vigilance and active role in supporting Maldives’s preparedness and response efforts. I also take the opportunity to thank Minister of Health His Excellency Ahmed Naseem and team from Health Protection Agency Maldives for the partnership and seamless collaboration.”

At this time, WHO recommends that any individual meeting the definition for a suspected case of Monkeypox should be offered testing based on both clinical and epidemiological factors to rule out all other possibilities. The establishment of this technology further enhances identification of positive and negative cases of Monkeypox, increases the overall capacity of laboratory, and as a result further strengthens the country’s Health System. To build capacity, WHO is partnering with Health Protection Agency and laboratory teams to organize an orientation and training program on running the kits and for interpretation of results.

“With the support of Regional Director for WHO South East Asia Dr Poonam Khetrapal Singh we are optimistic that more kits for Monkeypox diagnostics will be received in the coming months.” said H.E Ahmed Naseem, Minister of Health. In his remarks, he thanked the World Health Organization for always being there for Ministry of Health, and for the tremendous support and assistance extended by Dr Nazneen Anwar and Country team.

From January to July 2022, 19,000 probable and confirmed cases of Monkeypox have been reported to WHO by 78 countries across all six WHO Regions. Though the risk of Monkeypox globally and in South East Asia Region is moderate, the potential of further international spread is real, and countries must strengthen preparedness and response capacities navigated by WHO’s guidance to address and contain this outbreak.

WHO will continue to work with the Government to ensure that Maldives is prepared to respond to this public health emergency in a coordinated manner which actively combats stigma and protect the vulnerable. 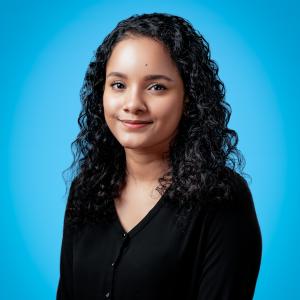 UN entities involved in this initiative